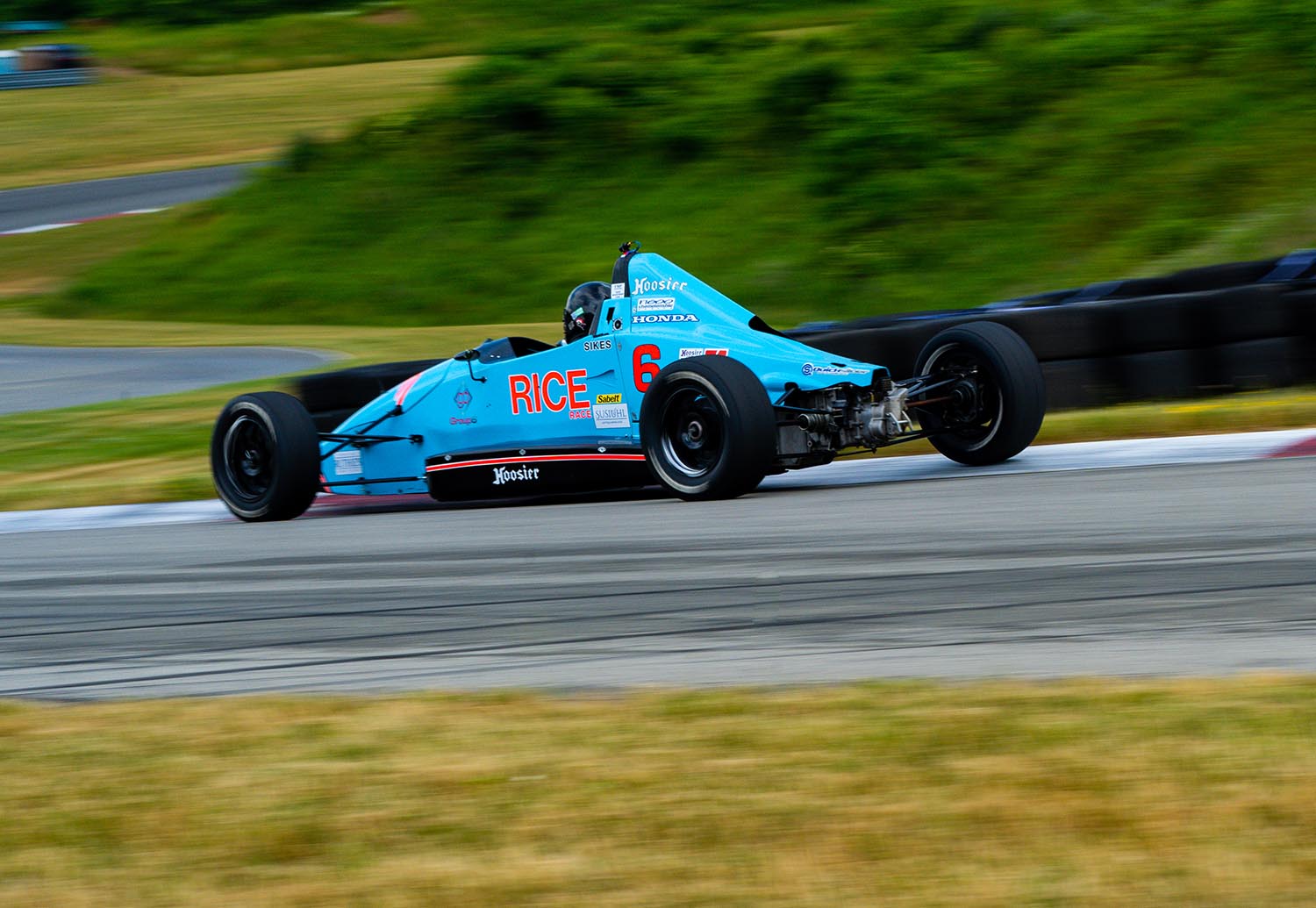 After progressing through a Promoters TestDay on Friday that involved both wet and dry weather running, it was time to get down to business for the first round of the 2020 Formula Race Promotions program. Taking on the Pittsburgh International Race Complex (PittRace) inWampum, Pennsylvania, it was new winners and returning champions that topped the podium blocks with round two on the docket for today.

Simon Sikes was untouchable in the first Formula 1600 round of the season. Claiming the pole position, Sikes blistered the field to take the checkers by 12.494. His fastest lap of the race was .563 fastest than his closest rival showing the true pace of his Rice Race Prep machine. With a great battle behind him, Team Pelfrey’s Dylan Christie and Jackson Lee were going toe-to-toe for P2 when an incident on the final lap relegated Lee back to 12th while Christie when on to finish second. The Brad Hayes Racing entry ofJonathan Kotyk finished on the third and final step of the podium while Scott Rubenzer finished seventh overall but led the Formula 1600 Master ranks ahead of Bob Perona and Bob Reid. 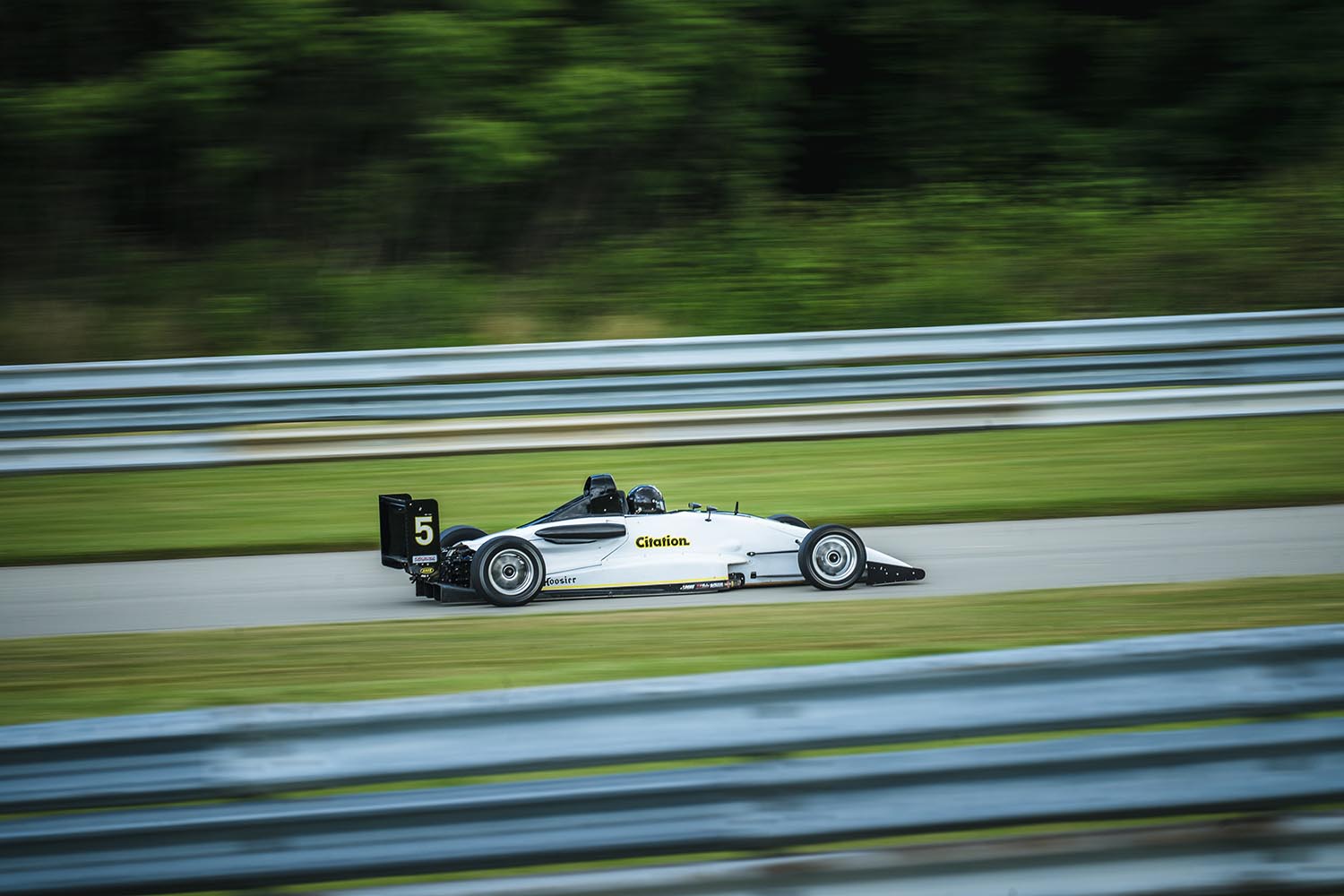 Multi-time F2000 Champion Brandon Dixon turned his pole position into a round one victory en route to the fastest lap of the race.Finishing just over seven seconds in arrears, Nick Palacio garnered his first podium of the season while multi-time karting champion Luca Mars rounded out the podium in third. David Yaeger was the top running in the F2000 Classic division. 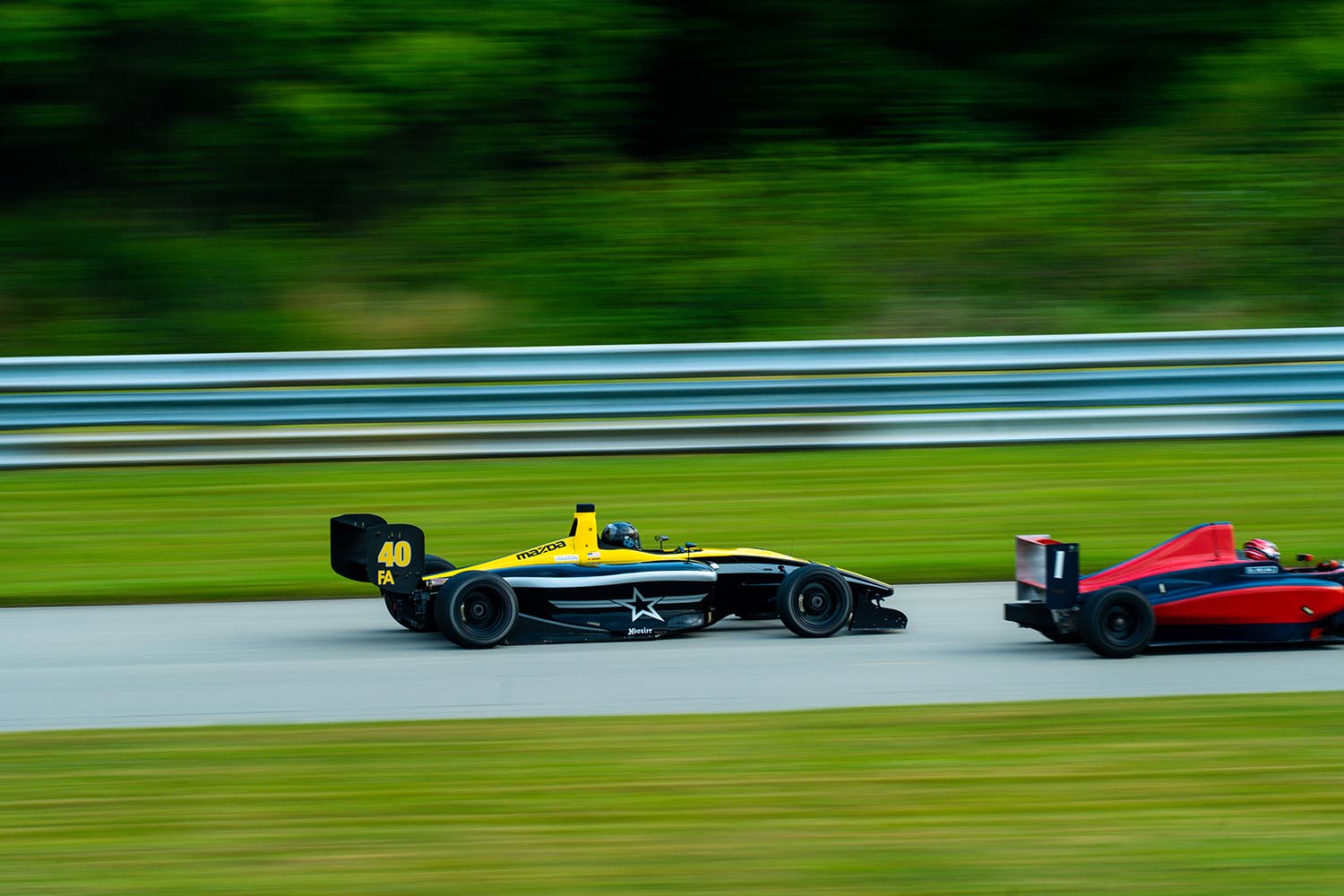 Keith Grant went flag-to-flag in the Formula Atlantic class to start his season off right after scoring the pole position earlier that day.Richard Zober turned his off pole starting position into a solid second place performance while Larry Howard finished in third. Josh Pierson claimed the top honors in the USF class while Logan Cusson was the best in F3. Gil Molina topped the F4 category while David Harris claimed the victory in Prototypes. 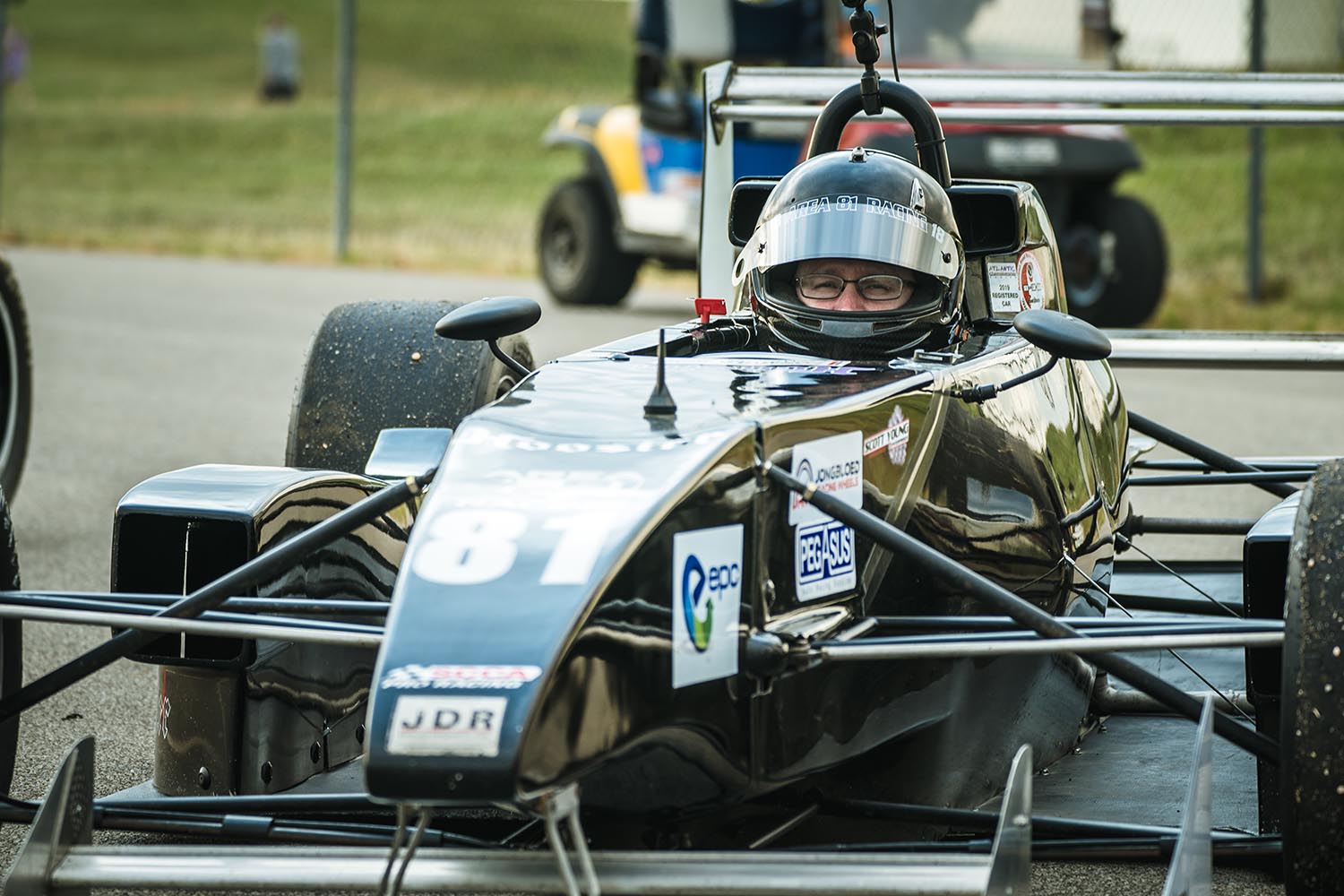 Tim Pierce improved from his fourth-place qualifying effort to top the podium blocks in the F1000 division and take his first checkered flag of the year. Taking the victory by .630 over Stephen Hamilton, Pierce was not the quickest driver on the track as that honor went to third place finisherDoug Hertz. The pole position was won earlier in the day by Alex Mayer, but the front row starter was only able to complete seven circuits in the fifteen-lap race as he retired early. 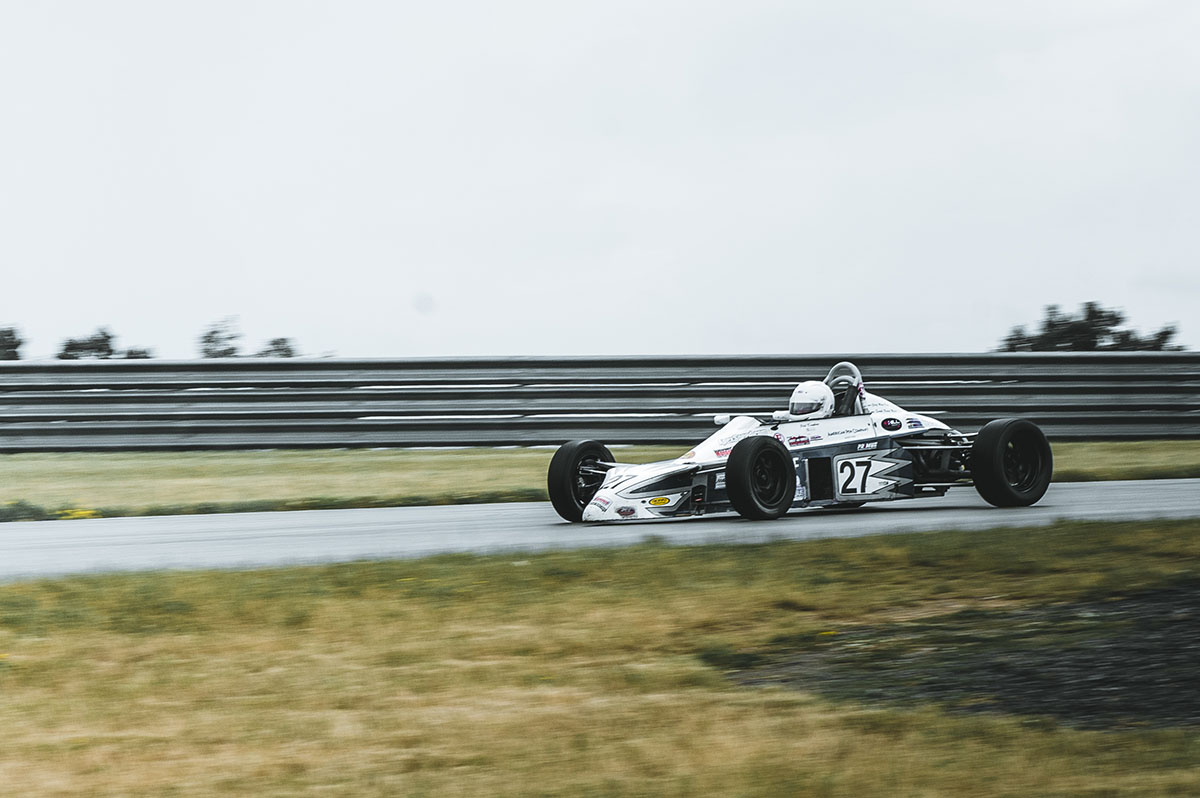 It was all Phil Kingham in the RCFFS class, rocketing forward from his fourth-place starting position to take the lead on the opening lap and never looked back. Claiming the win by 3.533 over pole position winnerBob Wright, Dan Pyanowski rounded out the podium. Dave Harmison ended his day with a fourth-place result while Steve Roux finished fifth.

Sam Ryan doubled up on the day taking the Formula Vee pole position and followed that up with the win later on Saturday. Besting the twenty-eight-car field, Ryan was also the victor in the Formula Vee Masters category as well. The Carmody duo of Raymond and Trevor found themselves on the podium when the final checkered flag flew with Trevor scoring the fastest lap of the race.

With the opening race of 2020 now in the rear-view mirrors, competitors will return to the track today for seven more wheel-to-wheel sessions to close the first event weekend of the year.

Please remember that all series news, information, results, photo sand PR will be communicated through our social media pages listed below. Please be sure to tag FRP in any and all posts to help us have the ability to promote you.

For questions, comments or concerns, please feel free to reach out to BobWright RobertW@RaceFRP.com or ClayHutchinson ClayH@RaceFRP.com. For media inquiries, please contact us via email to Media@RaceFRP.com. 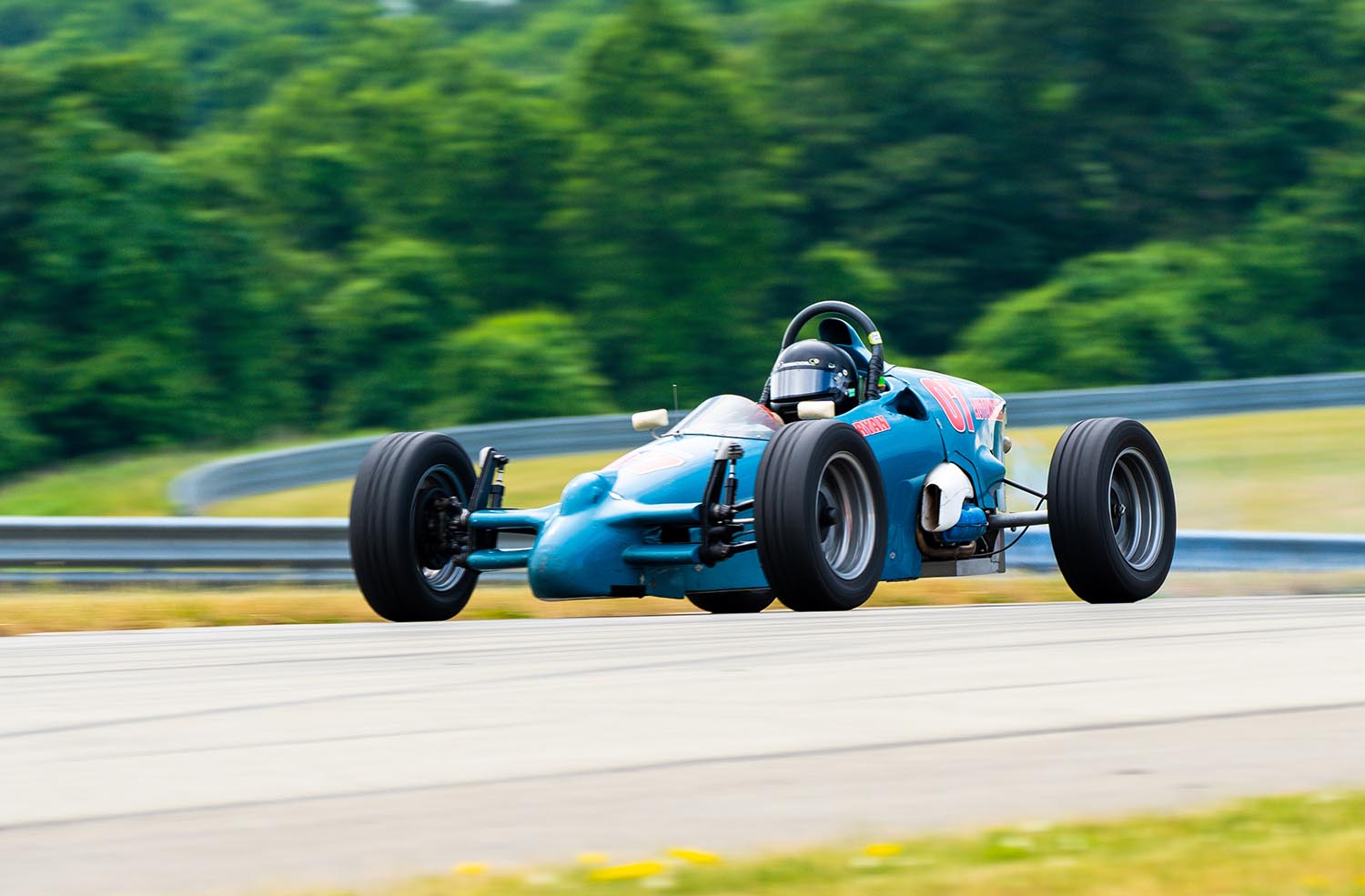