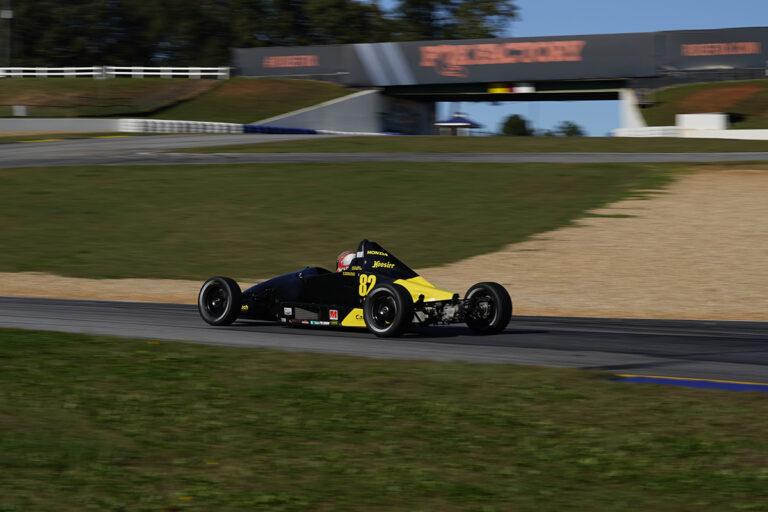 It was a championship crowning weekend at Road Atlanta as the Formula Race Promotions (FRP) program closed their 2020 season with the new focus on their 2021 campaign. In a fun-filled weekend that including a pumpkin carving contest, trick or treating for the kids, and a beer crawl for the adults, on-track competition was once again the focus as another FRP weekend was highlighted with green flag laps. With the final checkered flag of the season now waved, FRP would like to congratulate 2020 FRP Champions Simon Sikes, Brandon Dixon, Keith Grant, and Alex Mayer.

“It was a crazy and difficult season with all that is going on in the world but a success for us and our race program,” explained Robert Wright. “We completed nearly our full race schedule and continue to train and advance drivers into the future all while continuing to show that we are the first step for drivers coming out of karting and into cars, as well as a program for veteran racers that want to have fun in a professional camaraderie driven series, with great competition, plenty of track time, and minimal bureaucracy. We had a safe season, a lot of green flag racing and a good time throughout the paddock. We are putting together an expanded and exciting 2021 season, and all of us at FRP are looking forward to great racing in 2021 and beyond.” 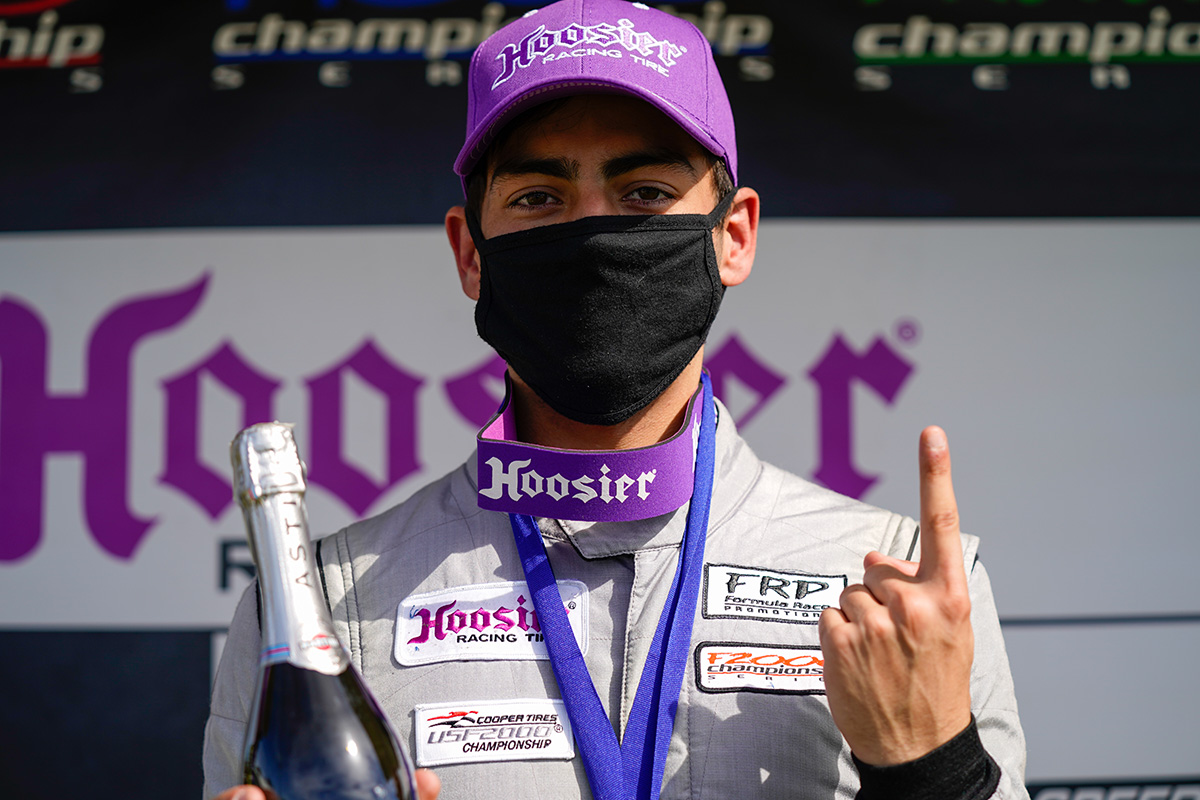 F1600
There were three different winners in the three F1600 races this past weekend at Road Atlanta as Dylan Christie, Simon Sikes and Trey Burke all took a turn standing on the top step of the podium. Christie was able to secure the win in the first race of the weekend, as he outdueled Sikes to take the checkered flag and score the win by .278. With the top-three finishing less than half a second apart, a new name found his way to the podium with Baylor Griffin, who last competed with FRP in 2018, standing on the third step of the blocks as he pushed the top-two all the way until the final flag. Porter Aiken was the best of the rest in P4 while Jonathan Lee finished fifth and Trey Burke sixth. Scott Rubenzer was seventh on track leading the F1600 Masters drivers adding yet another Master’s win to his resume.

Sikes and Christie would swap the top-two positions during race two with Sikes breaking away early and remaining untouchable and taking the win by more than fifteen seconds. Christie, battling with the rest of the close pack, crossed the line in second ahead of another new podium winner, Trey Burke, a former dirt track racer whose first foray into F1600 was with FRP at the recent PittRace event.  Griffin finished fourth while Rubenzer, in fifth, set the stage for a Road Atlanta hat trick of Master’s victories.

Trey Burke made it three different winners in three races on the weekend as he scored the victory in what could be classified as the best race of the season. With the lead pack swapping positions nearly each and every lap, Ax Kametches broke through taking the lead for the white flag, but at the checker it was Trey Burke in front by .520 with another photo finish required to determine that Sikes had edged out Kamatches for second place by a hairbreadth, with Christie just a few feet behind in fourth. A dramatic finish to the season, as the front four and all of the competitors put on an incredible battle showcasing their skill and daring in some of the closest pack racing there is. Just behind the lead pack crossing the stripe in fifth was Baylor Griffin, followed closely by Scott Rubenzer, as he ended his dominating season with another triple Masters victory, his fourth hat trick weekend of the 2020 season. The fast lap of the race was accomplished by seventh-place finisher Jonathan Lee with a 1:30.994.

Simon Sikes is the 2020 F1600 Champion while Dylan Christie secured the Vice-Championship and Dexter Czuba the third spot. Scott Rubenzer claimed the F1600 Masters championship with an impressive thirteen wins, a second and a third-place result, standing on the podium for every race in which he competed. Bob Reid and Mike Scanlon, after a season of intense battles throughout the master's field, claimed the second and third Champion spots. Congratulations to all! 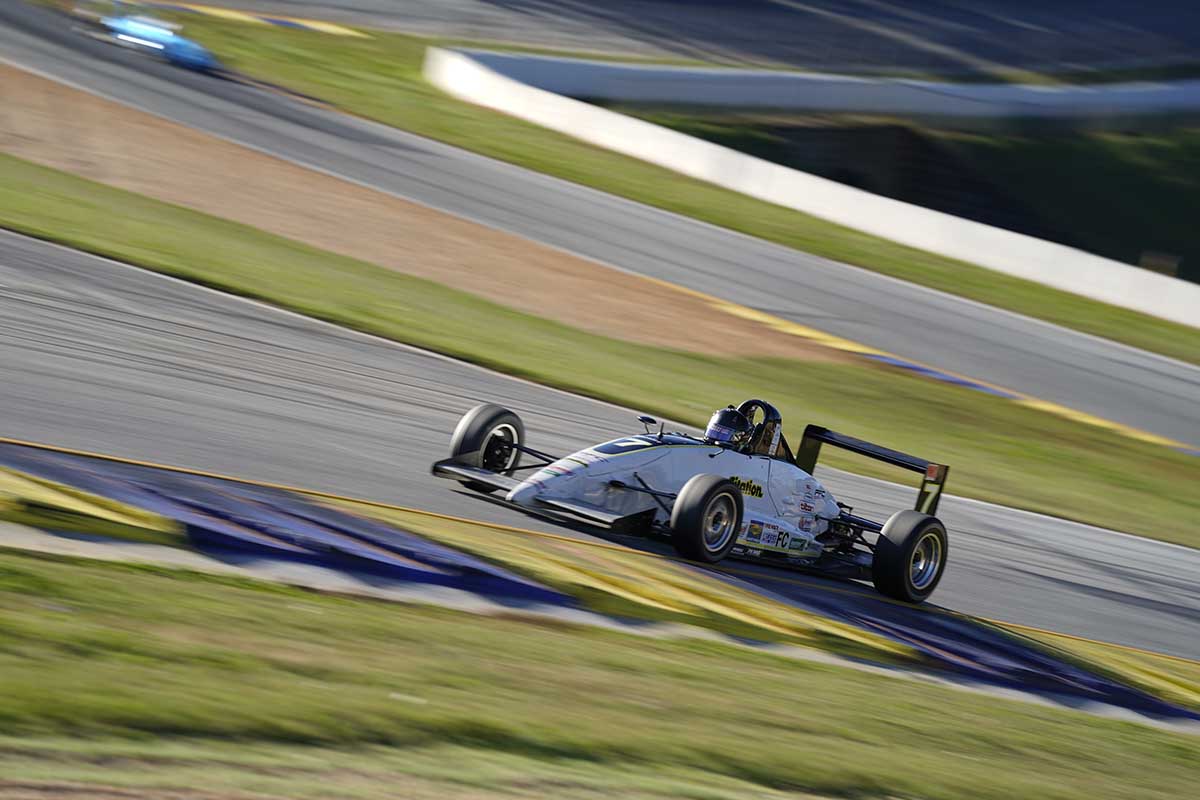 F2000
Brandon Dixon was the class of the F2000 field in 2020 as he has been for the past several seasons. Ending his year with a win at Road Atlanta during race one, Dixon was pushed all race long by Trent Walko who handsomely took the second step of the podium. Douglas Stewart crossed the line in third followed by veteran Dave Weitzenhof just ahead of Austin Hill and Robert Wright.

Dixon started the second race of the weekend from the pole position, but it was Trent Walko who was the first to the final checkered flag of 2020. With Dixon faltering and out of the race on lap two, Walko took advantage and drove to the win ahead of Mitch Regadas, who secured his fifth second-place result for the season. The battle in the final 2020 F2000 race, however, was a points battle to decide the overall third place champion. Wright was ahead of Weitzenhof by just six points at the start of the race, and for most of the race, Weitzenhof looked secure in third behind Regadas as Wright battled his way from an eleventh-place grid slot. A multiple lap double yellow forced a green/white/checker finale, and at the checker, Stewart finished his first FRP weekend in the third position on the race podium, with Weitzenhof fourth and Wright having closed to fifth.

Brandon Dixon was awarded the 2020 F2000 Championship following the completion of the event weekend with Mitch Regadas named as Vice-Champion. Robert Wright edged out Weitzenhof by just three points for the final step of the championship podium. 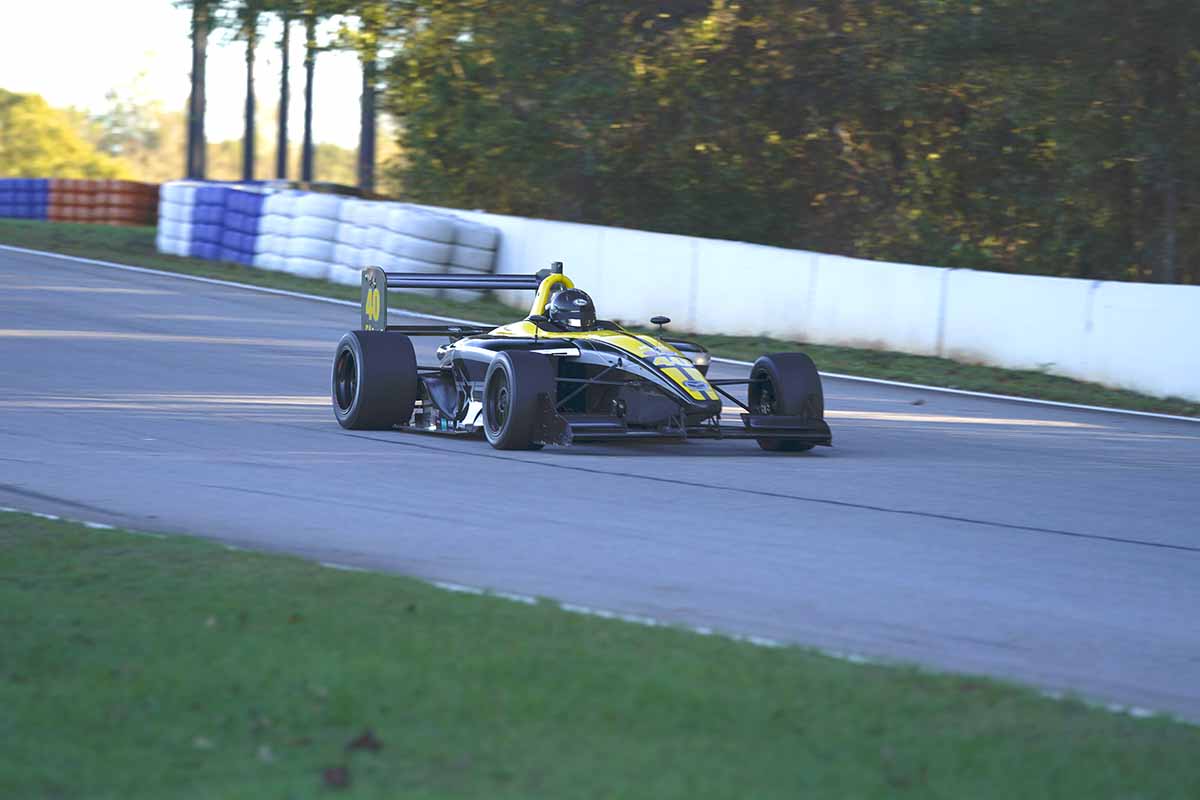 Atlantic
Pole position winner Keith Grant was the Atlantic driver to beat in the first race of the weekend as he went on to score his fastest lap of the race on the penultimate lap to take the win by 4.454 over the twenty-four-lap race. Youngster Josh Pierson, driving a Tattuus PM18 as the sole entrant in the Atlantic X class, added an extra challenge for the classic Atlantic field and crossed the finish line in second. David Grant claimed the # 2 spot of the Atlantic podium with Richard Zober third and Larry Howard and Florida resident Robert Wright rounding out the top-five.

Keith Grant secured his second pole position of the weekend and went on to garner his second victory at Road Atlanta en route to being named the Atlantic Champion for 2020. Pierson took the lead soon after the green flag, comfortably leading until the final lap of the 24-lap race, when Grant demonstrated his experience and daring with a dramatic pass on the final lap to secure the checkers. David Grant was third to earn his second podium result of the weekend, followed again by Richard Zober ahead of Larry Howard as the Atlantic drivers closed out their 2020 FRP season. 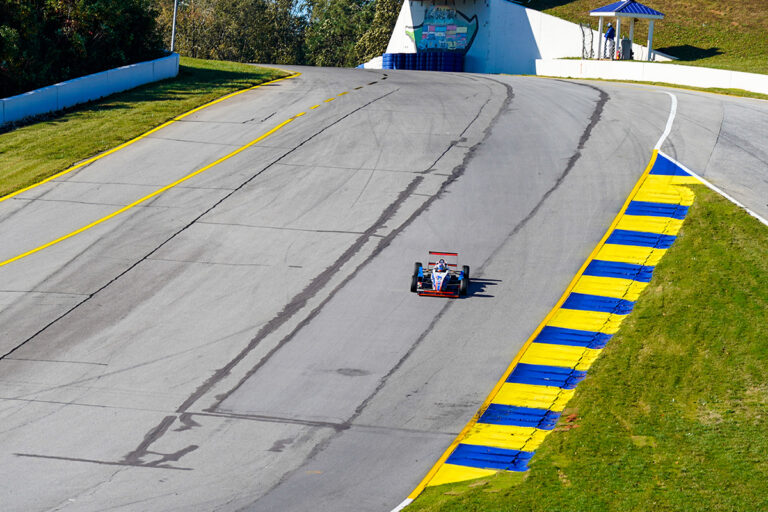 F1000
Alex Mayer continued his winning ways in F1000 as he secured the race one pole position and then drove to a commanding race win at Road Atlanta. As the class of the field all year long, Mayer dominated the championship points chase to take the title. On track, Stephen Hamilton finished second while Tim Pierce joined Mayer and Hamilton on the podium. Joel Haas and Victor Seaber secured the fourth and fifth positions during race one but would return to the track during race two with a vengeance.

With Mayer adding another pole position, it would be Seaber that scored the win in the second wheel-to-wheel action of the weekend. Though only turning the third fastest lap of the race, Seaber scored the win by .909 over Hamilton. Alex Mayer was classified in the third position after failing to complete the full race distance with Haas and Pierce in fourth and fifth respectively. At the end of the weekend, Alex Mayer was classified as the F1000 Champion.

With the 2020 season now complete, the focus will automatically shift to the 2021 race season. With the schedule set to be announced in the very near future, a complete 2021 calendar will provide FRP teams and competitors with a chance to compete at some new race circuits as well as some legendary facilities as championship point battles are reset as we wait for the first green flag of the new season.

Photos from the Road Atlanta event are available from Jeff Walrich Media and can be found on his simple to order website – CLICK HERE.

For questions, comments or concerns, please feel free to reach out to Bob Wright RobertW@RaceFRP.com or Clay Hutchison ClayH@RaceFRP.com. For media inquiries, please contact us via email to Media@RaceFRP.com.